See the Best in Catfight Videos!
Check out all the Best Cat Fight Clips, Female Wrestling, and Cat Fight Video Downloads.
See Chick Fights, Girl Fights, and Catfighters on DVD or Streaming Download. New Content is added weekly.
See the best in Catfight Videos! Visit us daily!
You can also subscribe to our Newsletter, read up on our Blog, or become an Exclusive Catfight-Videos Member! and get FREE Full Length Catfigths, Clips and 1000's of Photos!
So what are you waiting for? Enter the world of Cat Fight Videos! ENTER HERE

Catfights are a term that typically refers to women getting into fights, or in literal terms, actual fighting among cats. They are called catfights because a catfight usually involves scratching, slapping, or hair pulling.
Catfights also feature the female hiss as two women show dominance in enraged female combat battles.
Chick Fights, Girl Fights, Bitch Fights.
Men love Catfights because of the skimpy clothes, moaning, grunting, possibility of clothes being ripped off, or the remote idea that they will suddenly stop fighting and make out. Be forewarned, some of these are not cute sexy kitten fights. Catfights can get quite brutal, remember: Hell hath no fury like a woman scorned. Some other names for Catfights are: chick fights, girl fights, and b*tch fights. Find Catfights and Catfighting Women!

Catfight-Videos, is a great place to find beautiful catfighting women in sexy catfights. Exotic female wrestling catfights are very captivating. Witness beautiful women in intense women on women action! Remember, “Who says good girls don’t like to fight?
You can have these sexy fights right at your finger tips! You’re also invited to make your catfight fantasy come true with Catfight-Videos custom match program. Depending on your preferences you can check out the catfight matches or go straight to cat fighting videos, and catfight clips. With 100’s of DVD’s and Downloads you’ll certainly find what you’re looking for. There are also 1000's of sexy cat fighting pictures to view! Catfight-Video is an experience your sure to enjoy!

What an experience it is to watch these women in Action! These wrestling women have graced rings across the world, performing in various federations like TNA, WWE, WCW and ECW. Highly skilled athletes, trained in art of pro style wrestling holds, throws and flying maneuvers. Their theatrics and athleticism are the fundamentals of pro wrestling entertainment and are sure to entice you. These ladies of the ring come in all shapes and sizes and each has their own special genera of character and wrestling tactics.  Get your adrenaline up and see more Pro-Style Women's Wrestling matches!

Women in wrestling have a long and rich tradition. In ancient Greece and Rome, women wrestled each other, while in some ancient African tribes, women wrestled against both women and men. In the South Pacific, almost 1,000 years ago, women and men alike wrestled and engaged in other martial arts as part of their spiritual and ritual practices. Women were wrestling in Europe at least 150 years ago, but there focus has become slightly more about costume and spectacle. By the time women in wrestling were gaining popularity and attention in America in the early 1900s, the focus was almost always entertainment as opposed to female combat and athleticism.

Over the last century, women’s wrestling as a sport and as entertainment has both developed, sometimes growing apart and other times coming together. At the extreme end of the exploitation and spectacle of women in wrestling were organizations like Women of Wrestling (WOW) and Gorgeous Ladies of Wrestling (GLOW). Somewhere in the middle are the federations like WWF/WWE that showcase very talented female athletes, but do tend to relegate them to second class status much of the time while the men take the limelight. At the other end of the spectrum are the high school, college, and amateur, and professional venues that are giving increasing support and attention to women’s wrestling as a competitive sport.

There is a complex history of legal issues revolving around women in wrestling. Starting at the high school level, where girls wanted to be afforded the equal right to train and compete, there were significant concerns--some of which became lawsuits and controversies. For some time, the dominant paradigm seemed to be that if a woman could try out for a wrestling team and face off against men competitively, then she could be a team member.

The problems here were immediately obvious. Many schools required their male wrestlers to forfeit to women when they came up against them in tournaments. In some cases, religious groups or parents would demand this of boys, even if their schools did not. There was a scandal in 1996 when the Texas Wrestling Officials Association decided they would disband entirely rather than officiate coed matches. No serious athletes, male or female, wanted this contention to detract from their sport. Fortunately, that has changed for the most part, opening the door for society to accept that girls and young women can enjoy, learn and compete on their own wrestling teams. 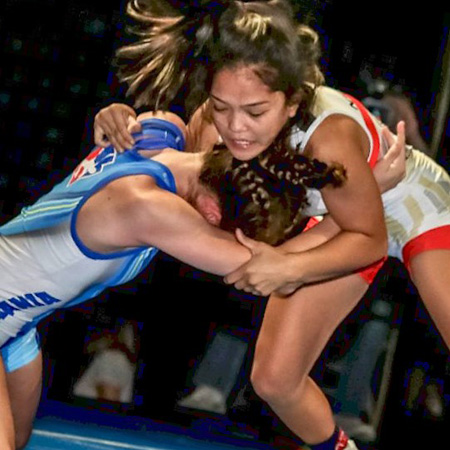 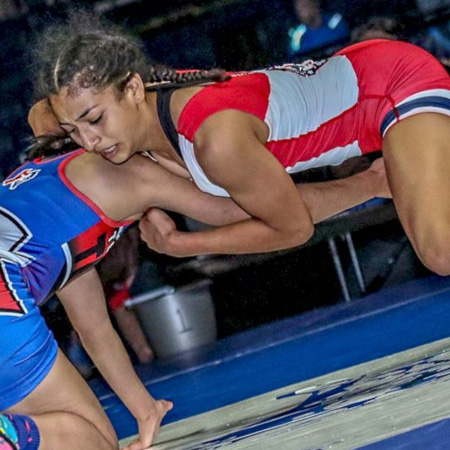 In the history of some wrestling federation’s, the women were just eye candy. They were the managers, the girlfriends, or the hot valets who hung out with the male stars and occasionally got into a catfight. As early as the 1930s, however, women like Mildred Burke were out there drawing huge crowds to watch their incredible athleticism and showmanship, paving the way for today's women of wrestling.

Today, for women in wrestling, it's all about their talent, skill, ambition and drive. As it was back years ago, however, the stakes are higher and the competition is fierce to get to the top. Make to mistake about it, women's professional wrestling is serious business, with serious athletes!

If you’re interested in watching online or just want to explore the women of professional wrestling there are some exciting matches available. Go to: Pro-Style Women's Wrestling.